Well, it's been a quiet week in Junction City.

After the Disneyland trip and the trauma of a husband in the hospital, life has settled down, but not my need to get things done.

I’ve been manically running my manuscript through an editing program—not that you need to know this or want to know it. Sometimes, however, people want to know what happens before something else happens. Guess that’s called a back story.

Time's a wasten'. I have miles to go before I sleep—thanks Robert Frost. I don't want to wait two years for my book to be published. And I'm not paying $3,000 to get it edited, so I'm doing it myself. And I’m someone who can’t keep her fingers on the correct keys. Readying a book for publication requires a learning curve such as acquiring an ISBN, a bar code, formatting, signing up with a distributor. (I can be a resource here.)

Most writers praise their editors for tightening up their story, and I would if I could. I'm sure input would make it better, but what the heck. I'm doing what I can. (You think I do protest too loudly?)

It scares me. What if my novel--40 years in the making--falls on deaf ears, or is it blind eyes?

That's what most people think when they put their work on the line.
But think of this: “Faint hearts never won fair maidens.” (Disney’s Robinhood).

In Martha Beck’s Joy Diet (that has nothing to do with food), she admonishes us that “We are responsible for our lives past, present and future., no shifting blame, no playing victim. If you don’t like this, please allow me to suggest (in the kindest, most supportive way) that you suck it up and deal.”

"A beautifully told story is a symphonic unity in which structure, setting, character, genre, and idea blend seamlessly."—Robert McKee

Yipes, how about putting the pressure on.

I discovered what McKee talked about in describing story when I read a novel that struck a cord so loudly my ears rang for hours afterward. Or was it my voice wailing, “I can’t do it!”

But you think I’m giving up?

Alfred Hitchcock defined a good story as “Life with the dull parts taken out.”

Even a seasoned writer like McKee says that “There is no writing recipe that guarantees your cake will rise.”

Most everyone has a story in them; it’s just that some people write it. So, I guess I’m talking to the people who want to write.  Readers can listen, though.

Why am I writing about story?

I’m trying to sway the non-fiction readers to check out novels. Do read the non-fiction though, just don’t leave the fiction out.  Oh good, I looked up fiction vs non-fiction and found that those who read a mixture of both is 44%

Yea, I had heard earlier that non-fiction far out-sells fiction.

Those preferring fiction rank is 26%

Steven Pressfield says that even non-fiction ought to have a story element. Our brains are geared to listen for it. Long ago around the campfire, if someone said, “Once upon a time,” the audience plopped their butts to the ground and tuned their ears for what happens next.

And that’s the truth.
So be it.
Joyce 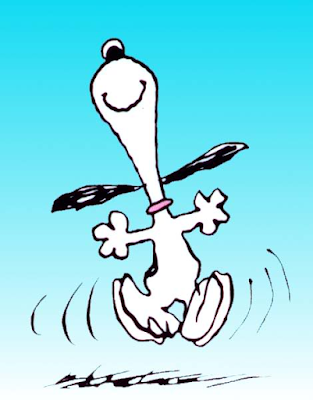 Thank you all you readers for joining me. I'm happy, I'm happy.
Posted by Jo at 3:51 PM