Hey, Don't Bother Me, I Have Cat Videos to Get Back To We had great readers on the last blog.  A big thank you to all who showed up. If I had four dead mice, I’d give you… well, all of them.


Here are hearts instead! 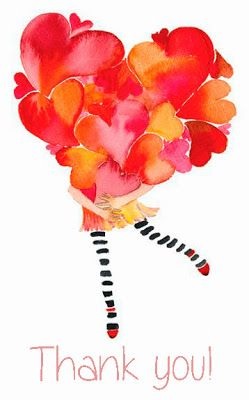 But, let’s not doddle in the past, or with cat videos—although they’re fun—let’s get on with this great adventure called life.

I’ve had a tiny book following me around for maybe 20 years. It has a paper cover, worn and ragged. The book is only 3.5 inches by 5 inches with 16 little-bitty pages. Although I have lost or given away many books this one has stuck itself to me.  It was there on my bookshelf.  Now it’s  beside my computer.

That book was a gift those many years ago. It was written by J.D. my initials, but I didn’t write it.

The author says his or her name isn’t important, but the information within is.

My daughter, although she had not read the book, declared its secret when she was trying to conceive her child. The secret really isn't a secret, it is found and utilized by many. They just don't know it's a secret.

After 12 months of artificial insemination, with no luck, and many months of discouragement, tears, yet hope, my daughter was ready to go for an In-Vetro fertilization.

That month she conceived her son.

Her comment was: “Maybe you just have to be willing to do the hard stuff.”

And that is what J.D. said in The Ultimate Secret. That's the secret. You need to be willing to do whatever it takes to achieve your goals. (Let’s keep this within the realm of legality here.)

Often, it is not necessary to complete all your goal's to-do list, maybe just one or two. It is the willingness to do them that counts.

“When it comes to getting results, intention is more important action.”—J.D