Make a Little Magic--or a lot

"To affect the quality of the day is the highest of the arts." 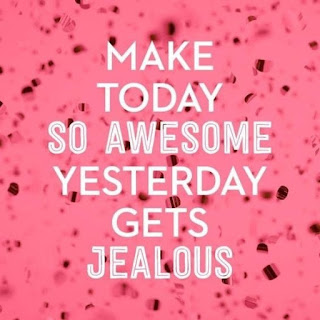 Have you read #Seth Godin’s blog?
He has reached his 7,000th blog post.
There are no ads, never have been. No guest posts. No one can buy a slot or a referral. All Amazon affiliate revenue is donated to BuildOn and to Acumen.
Seth writes every word.
The secret to writing a daily blog, he says, is to write every day. And to queue it up and blog it. There is no other secret.
The blog contains more than 2,700,000 words, delivering the equivalent of more than thirty full-length books. The blog doesn't exist to get you to buy a book, Seth says. Sometimes, he thinks he writes books to get people to read this blog.
Seth hasn’t missed a blog post in many, many years--the discipline of sharing something daily is priceless. Sometimes there are typos, he says.  I hope that they're rare and I try to fix them.
“Over time, the blog adds up. People remember a blog post a year later. Or they begin a practice, take an action, make a connection, something that grows over time. The blog resonates with people in so many fields, it's thrilling to see how it can provoke positive action.”
From his Nov 10th post :

Everyone else is irrational

Once you see it that way, it's easier to remember...
that we're everyone too.—Seth Godin
This made me think of my daughter’s comment this week. She has been commuting for over an hour to work for over a month, and began to listen to the radio. “I hadn’t listened for a long time,” she said. However with the long drive she turned it on.
You know how it is—you take a break from something—like soda or news, and it doesn’t taste good anymore. “It’s all fear based,” said my daughter. “You listen to conservative radio, it’s fear. You listen to liberal radio, and that’s fear based too. Has the world lost it’s common sense? Did it ever have any?”
“Look closer to home,” I said. “The people we know are wonderful.”
And then there are those who promote positive thought on #Instagram, #Twitter, and #Pinterest. They still believe in believing, and tell those reaching for their dreams to never give up.
Any to the contrary? Ignore them.