The only time we want more traffic is on a website, not driving down 6th street in Eugene Oregon at 5 p.m. Or on the Hollywood Freeway for that matter.

Gosh, I remember the time years ago when my girls and I stopped rush hour traffic on 6th Street because a momma duck with a string of babies had left the sidewalk and was determined to cross the street. I bet she was aiming for the wetlands that lie west of town. The trouble was, someone put a street in her path and filled it with roaring cars.

We frightened the momma duck by catching her babies, sorry, but we pulled a baby from beneath a stopped car. She flew in circles around us as we put her little fluffs back up on the sidewalk. Someone yelled, “Thanks for saving the baby ducks!”

Both daughters wanted to take the ducklings to our property where we had a pond, but I didn’t want them to lose their momma when she was trying hard to save them. Without her, I doubt if they would survive, especially since our property was overrun with duck killing raccoons.

We left them to their devices, a family together, trying to weave through life’s obstacles.  I drove down 6th street the following morning, and found no squashed ducklings on the road, so I trust that resourceful momma managed to save her brood. 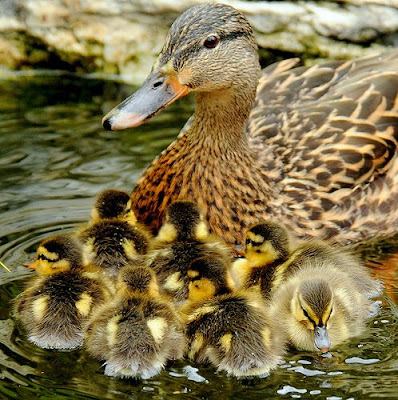 Funny isn’t it what pops into our head in response to a word.

This You Tube is awesome: A man in New York saw a baby duck about to jump off a building’s ledge about 10 feet above his head. He caught it in mid-fall. One by one about ten babies followed. One by one he caught them. https://www.youtube.com/watch?v=gMYGQ7ICKg8

I’ve been hearing a lot about traffic lately, and while 6th street abounds with it, my website is a country road. Think of country roads, though, where people wave to each other, and sometimes ask if they ask to borrow a jar of #Grey Poupon.

In Hawaii with the long lava encrusted road, people would pull their cars aside to allow others to pass. We would wave and each move on. It was a cooperative affair. The mongooses, too, liked to get into the act. “Wait,” they would say, “here comes a car. Want-a bet we can beat it?”

We always let them.

Wish on White Horses doesn’t sound like a high falutin informational blog, or an entertaining one for that matter. Yeah, I know #50 ways to Boost Your Web Traffic sounds better.

Yes, boosting traffic is what we want on our websites. It means people are finding us. It means our words are worth reading. It means something to the publishing community who counts numbers, and to #Google who determines who gets top billing.

I know everybody and their dog writes blogs, and even my dog Peaches got into the act.www.dogblogbypeaches.blogspot.com.

She has been silent since she passed on to doggy heaven.  I intended for her to add posts from the great beyond, but she is having so much fun being healthy again, and running with Bear that she doesn’t have time to write. 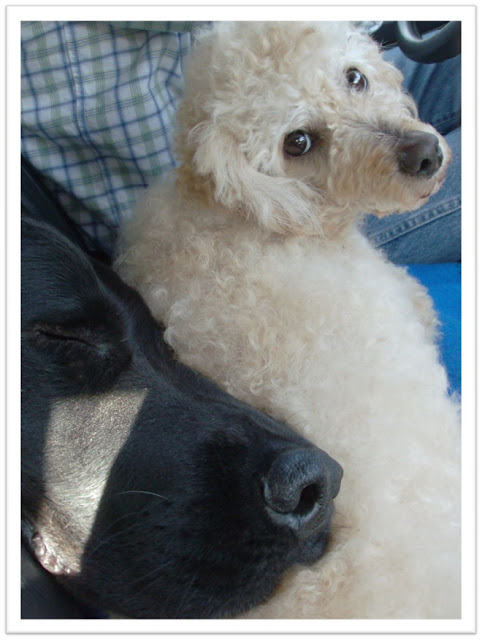 I just had an epiphany.  #ProBlogger by #Jon Morrow, one of the biggest, mightiest bloggers in the business, has great give-a-ways, but to get them you must enter your email address. I have probably put my email address on his site 50 times. Does that mean he has counted me as 50 different people?

Feel up to following me? And thanks to those who have. Love you guys.

"Bon Voyage"--my Saturday with #Michael Larsen.
Posted by Jo at 9:50 AM