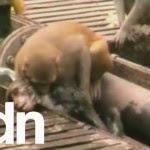 You guys have to watch this—no you don’t have to--it just knocked my socks off.

I know this isn’t giving you information.

This story hit me between the eyes, or rather in the heart.

It is about love and caring, concern and even skill, and it comes from a monkey. It’s on YouTube. I stumbled upon it. I know, you can do your own stumbling, but I couldn’t resist.

A monkey was electrocuted at a subway station and was lying completely unconscious in the center corridor between two train tracks.

You can watch it here:

Don't read the next paragraph is you want to watch the You tube. It's the Reader's digest Version.

Another monkey came up to the unconscious monkey, grabbed it, shook it, turned it over, worked on resuscitating it, dumped it in water that was puddling over the edge of a rail. The electrocuted monkey was like a rag doll, showing no sign of life. The rescuing monkey kept working on him. FOR TWENTY MINUTES. Finally the electrocuted monkey did rally, and at first was like a drunken sailor, then recovered somewhat. The video ended with the rescuing monkey patting the electrocuted one on the back. Probably humans probably would have pronounced him dead long before twenty minutes.

MOB (Man Over Board);

Have you heard this one? A passenger tumbled off a balcony of a Royal Caribbean Cruise Ship. No bells or whistles went off, no one saw him. He floated in the ocean for about five hours…and a Disney Cruise Ship came along that same corridor, a passenger spotted a man in the water, (imagine) and the Disney crew saved him.

P.S. Disney Cruise lines have a detection device that is an automatic man overboard detection technology. It uses radar and sensors to establish a perimeter around a ship. The Royal Caribbean Cruise line does not.

My chiropractor told me I wouldn’t have any back problems if I lived on the moon. Well, I have recently become a Real Estate Agent, but I don’t believe I will investigate any property on the moon. Good ole planet earth. I’ll take my chances here.

Coming soon to a yard near you: 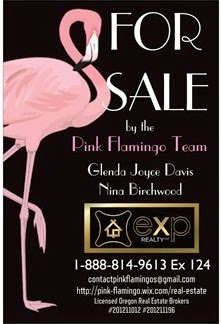 
How about joining me for the 90 Day Millionaire Challenge? http://www.the90daymillionairechallenge.blogspot.com

I began it once, going at it again, just posted  "If we keep on believing that money doesn’t matter…" sign up to be a part of the process

jewellshappytrails@gmail.com
Say $, or millionaire, or something that will identify you.