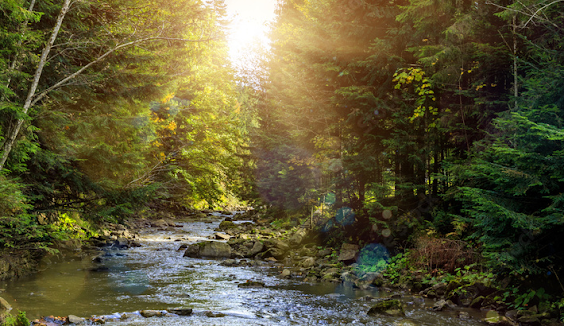 When I was a kid, sometimes my family went fishing in Mill Creek stream, river, whatever it was, and we would meet few if any, people. We'd say, "Hi," and they would be on their way, and we ours.

I never liked killing fish, but catching one was a thrill for those river trout are savvy and not easily hooked. And eating a batch of slightly over 6-inch trout rolled in cornmeal and cooked over a campfire are the best.

One year I fell off a log and into the water. Silver, my dog had walked across the log onto the other side, and I figured I could so it too.  Luckily, I caught a branch that kept me from being swept downstream, for my legs flowed with the current. And if you have ever stepped into an Oregon Mountain stream, you know it is glacier cold.

I managed to somehow to flounder myself onto the bank where I could get out of the water.

The moment I stood up, there was Eddie, the friend who had accompanied us. I was embarrassed and mad, for I knew that, although I had called for help, he had to be there, watching me to see if I could make it out by myself. Otherwise, he wouldn't have shown up the moment I was out of the water. It was like in the movies where the police arrive one minute after you have caught the bad guys. I don't know where I would have ended up had I let go.

Eddie and I, for some reason, crossed the stream, carrying my dog Silver. The moment Eddie lifted a leg, he found that the current wanted it, and it was hard for even a grown man to set his foot back down. I took some pleasure in his struggle.

Years later, I don't know why I visited upper Mill Creek, and there were quite a few people there. This surprised me, and I wondered if the reason was there were simply more people.

All this brings me to my point—in case you missed it—Now there are 8 billion people on the planet.

When I was born, there were 2.2 billion.

"This week, the world's population ticks over a historic milestone. But in the next century, society will be reshaped dramatically — and soon we'll hit a decline we'll never reverse." Briggs says, "We've already hit peak child. There will never again be more children alive than there are today, with fertility rates plummeting across the globe." 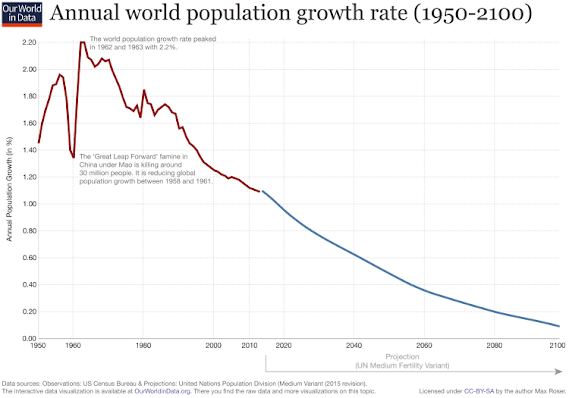 This may be a good thing. Perhaps the population will stabilize, and with fewer children, those children will be precious. Yes, as parents, our children are beloved by us, but to the world, is life valued as it ought to be?

We seem to be willing to kill our youth in wars.

We don't seem to value life as a precious commodity, as a rare and wonderful thing where everyone is unique in their own way.

As individuals, we can see through our own eyes, think our own thoughts, and carry our own consciousness.

I am amazed by this every single day.

For heaven's sake, we won the sperm/ova lottery.

I know that with the population being skewed toward older folks, there will be fewer people to work and thus support those who can't.

But I remember Buckminister Fuller (Futurist, architect, creator of the Geodesic dome) who I mentioned in an earlier blog, said that,

"We should do away with the absolutely specious notion that everybody has to earn a living.

"It is a fact today that one in ten thousand of us can make a technological breakthrough capable of supporting all the rest. (A-hum.)

"The youth of today are absolutely right in recognizing this nonsense of earning a living. We keep inventing jobs because of this false idea that everybody has to be employed at some kind of drudgery. According to Malthusian Darwinian theory, he must justify his right to exist.

"The true business of people should be to go back to school and think about whatever it was they were thinking about before somebody came along and told them they had to earn a living."

P.S. If you want your mind blown, go to Netflix and watch the archeologist Graham Hancock investigate human pre-history. You will see more pyramids than you knew existed and see why the symbol of the snake has played so prominently in human history.  It’s scary, but so clear I don’t see how anyone can discredit him.

(Because it’s scary that’s why.)

Writers, you might like "The truth dazzles gradually,  or else the world would be blind.  —Emily Dickenson  on  https://www.bestdamnwritersblog.com