And neither do I. 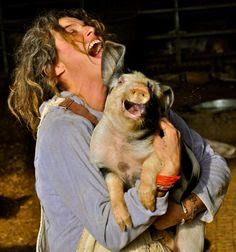 “Hello, babies. Welcome to Earth. It’s hot in the summer and cold in the winter. It’s round and wet and crowded. On the outside, babies, you’ve got about a hundred years here. There’s only one rule that I know of, babies — “God damn it, you’ve got to be kind.”—Kurt Vonnegut.

What if we go about spreading goodwill? Many people are holding on by their teeth. I got a punch about this week after reading The Cabin at the End of the Train, A Story About Pursuing Dreams, by Michael V. Ivanov.

And here’s a study tip for students:

Stand up and stretch.

Go to the airport.

Get on a plane.

I thought I would be exuberant upon passing. However, after the test, I felt wrung out and spent the afternoon in my car cocoon with the heater jacked up to womb temperature and read a novel.

After reading Oregon laws, I would say, if you’re a Vet, move to Oregon. The Oregon Veteran’s Administration actually loans and services their loans, which is a great advantage in acquiring a low-interest loan. (Only four other states do so).

In all other states, the Vet’s Affairs only insures loans.

Taking the Real Estate Course has little to do with actually selling houses. It’s like a doctor must go into residency to actually perform an operation.

I have little experience selling as an agent, but I have abundant experience with houses, having flipped one, built one, and bought seven, sold six.

While reading over Contractor Laws, I realized how fortunate I was with the contractors working on our Marcola Log house. The house that Dave built, I called it for every Tom, Dick, and Harry was named Dave. Dave, the finish carpenter; Dave, the roofer; and Dave, the tile guy. All were artists.

I remember the day Dave, the roofer, got a call from his daughter. I heard his voice and saw his hands shaking. Oh my. There had been a shooting at his daughter’s school. Criminy. Dave’s daughter was physically safe. I don’t know what emotional damage that does to students.

If you are working with logs, hire a mountain climber. That was Dave, our finish carpenter. He knew about ropes and pullies, and he installed a 12-foot header log over a strip of windows by himself. And he made no mistakes in cutting logs.

Dave installed windows and built railings and cabinets. With a saw and tools in the basement, he could whip out anything I asked for.

I served as the General Contractor, but Bill Cherry took me under his wing. Although I didn’t formally hire him, he found subcontractors for me. I think he was an angel, for I don’t know why he did so much work for me. I honor him.

People talk about how stressful it is to build a house, but, for me, except for the slow movement of getting the logs transported and erected, the process was a blast. (I do believe I only attracted artists to work on the job, and I viewed that building process as a teacher once said, “We do everything for the experience.”)

During the construction Husband Dear and I lived in a fifth wheel. I found a wonderful man to transport it at the battery exchange shop. I casually mentioned I was looking for someone who could transport a fifth-wheel trailer, and a fellow customer volunteered.

Thus, we were on site, and that saved mortgage payments as we had sold our previous house in Eugene. After completion of the log house, we were fortunate to sell the fifth wheel to someone who planned to take it to the coast.

Building that log house was like being a director of a movie. When you get input from artists, your work turns out better than you had dreamed of in the first place.

I need to carry this attitude into Real Estate and for that matter, into life.

Except to say this: The law states that to sign a contract, you must be competent, so if you’ve ever bought a house or signed a contract---you’re competent.