Remember, growing old is a privilege denied many.

Nobody needs to know your age once you’re over 21.

I had an impulse a few days ago to start an Instagram account with a #picture a day with pithy sayings about aging. If a photo a day is too much pressure, I will post regularly in whatever time frame I choose.  I thought I would begin it on my #birthday that would come in a couple of days.

But it’s #February, I thought. Many places look dreary. But not all places. I decided to drive a short distance from my house to a #field of sheep. It's lambing season, so I figured I would see #lambs frolicking on a green field. Upon arriving, it tickled me to see a lamb with her nose close to the ground following a little bird who didn’t fly away but just kept hopping, with her nose in tune with his hops. That’s the reason I wanted a picture a day, to look for the simple joys that make our/my #heart sing.

I caught these two guys practicing being grown up Rams. 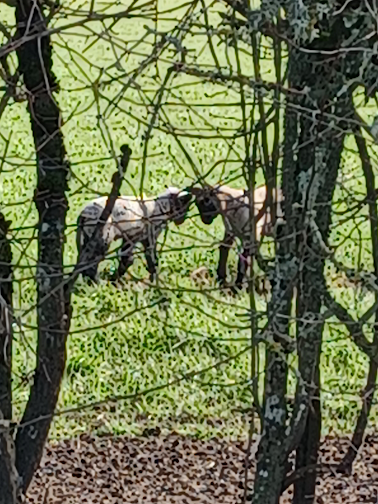 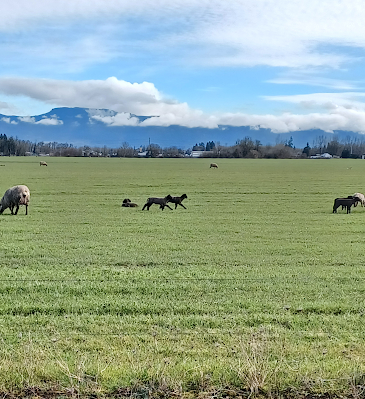 A bumper year for lambs, Many came in two's this year, and many black ones. What does that mean?

And I always wondered how the lambs found their mothers out of a sea of sheep. And how a newborn baby survived when it was born in January, and fell on cold wet ground.

I am following my mother-in-law’s practice to never tell her age. Instead, she would have un-birthdays, and I think it demoralized her when she had an eightieth birthday party, for then people knew the truth. Truth? Phooey. Go for #fun. Nobody needs to know your age.

I have an Instagram account already. (joycedavis747) However, I thought a new one would focus on aging, which everybody does, and everybody doesn’t know how to do it—it’s something that happens to us, yet, I wonder, how much is under conscious control?

Instead of taking photos and beginning a new Instagram account, I took myself on vacation to a hotel in Portland, where my niece joined me, and we had a ball. I didn’t use my computer, a daily event at home. However, here I am now. I had to stop myself from spending the day cleaning up emails, for I had a pile, but not good ones—like from you.

Before checking out of the hotel the morning after my niece left, I thought of the photos I said I would take. I suggested to the universe (fill in your own name for that force) that she provide something pretty for me to photograph on my way home. My eyes immediately fell on the flowers my niece and her kids gave me. So, I snapped this picture. 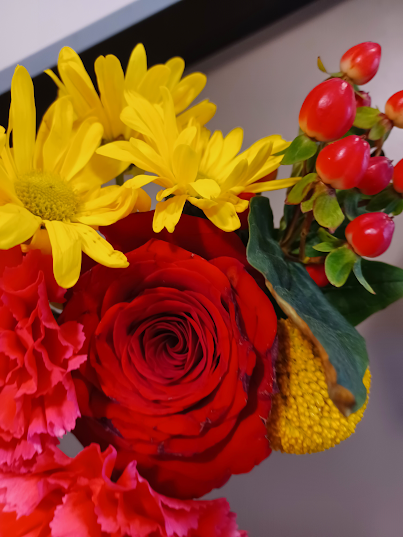 I'll be darned. I didn't think sheep were high on the intelligence scale. I was wrong. :Look at this: