A psychiatrist in Eugene said he had never had so many depressed patients as this year.

The other day he called his office and said, “I’m not coming back.”

You know what they say about putting on your oxygen mask first? If you run out of oxygen, you will be no help to others.

What can I say?  What comfort can I offer to folks scared these days? I could say that all pandemics end eventually. The trouble is we don’t know when this one will or how.

I’m wondering if somehow there was a message this pandemic was screaming at us, but our ears were closed. So instead of listening, we dropped into survival mode and started hoarding toilet paper.

Are we waiting for someone to fix the problem then arguing over how it ought to be done?

Are we with each other or against? We’re divided and argumentative. The veins in our necks budge from arguing over ideologies.

I thought of this in contrast to Ester, who got into a hotel elevator and pushed the button for the top floor. Shortly after that, nine other women joined her. One woman taking over elevator control asked the others, “What floor?”

The women started to giggle, and one woman popped up, “I’ll have the bargain basement.” Another said, “Not me; I’ll have the penthouse.” One said, “Let’s just stop at every floor and see what’s there.”

They all got off laughing after having a grand time.

I know it’s not easy to change one’s focus from fear to optimism. However, we can move incrementally up the ladder toward feeling good.

Is it possible that our consciousness had something to do with a virus that got out of hand?

I’ve talked about the brain many times--how we have a brain stacked on a brain on a brain and how we drop into the Reptilian brain in times of fear.

I had asked my daughter the question I asked you, “Do you think metaphysically we had anything to do with this pandemic?”

Her answer came the following day. She said, “I think it runs on fear.”

And she followed that with, “And I think that overcoming fear is becoming the master.”

Wow. Something to aim for.

One of our brains helps us fight the tiger. Another brain runs our bodies without us thinking about it.   “Sent an enzyme down to the stomach.” “Send a sleep chemical. Send a wake-up chemical. The cells are crying for water—make them thirsty. Breathe. Pump the heart. Send white blood cells to clean up that injury.”

Talk about spinning plates on poles.

And then sitting on top of all the machinery is the cerebral cortex, the thinking brain, that can analyze, plan and build empires.

Give that big thinking brain a problem, and it will find a solution—not always the best solution, but it will come up with something. And then brains got together and created the computer to speed up problem-solving ability.

We have all felt emotion in our heart space, and indeed, some say the heart has a brain. In times of trouble or joy, we have felt a hit in our solar-plexus, so we know something is responding there. And who hasn’t felt as though every cell in the body was tinkling with life?

We have become so chemicalized our poor tiny cells must think they are swimming in toxic waste. Our ozone is struggling to hold itself together, and the plants were happy for a breather when we decreased our driving.

What if we stopped waiting for a synthetic pill to save us and instead looked to some natural remedies? Yes, use chemistry but be reasonable about it. Don’t put weird things in our bodies. I’ve heard that in nature, where there is a toxic plant, there is also an antidote plant. For example, where we live, we have poison oak, and we also have rhododendron plants. Rhododendron tea can soothe poison oak rash.

Many of our medicines are synthetic versions of the real thing, and we think it’s the same. However, once a doctor—he was so fascinating. I don’t remember his name. He lived in San Diego and was in a wheelchair. His office had a wall of supplements and an aisle in front of them where he wheeled his chair back and forth, plucking from the shelves what he thought would help his client.

This doctor told me that the calcium from eating the plant worked better than a calcium supplement. He didn’t know why, but going through a plant added something to the calcium that made it work better in our bodies.

We’ve heard the idea that once a people believed in planning for the seventh generation. We know that many Indigenous cultures knew to walk gently on mother earth’s back. I’ve heard that the Native Americans said they would be back, like smoke, and that they did not die in vain. They were smart enough not to kill off the buffaloes—how stupid to wipe out one’s food source. And on top of it to revere the man who killed them. A man with a gun on a horse --the buffalos didn’t stand a chance. And the people in revering this man did not respect the life of another creature.

I’m not saying the Native Americans were perfect—they were people, and some fought other tribes. However, living close to the land did teach them some things. Like not to pollute the very earth that sustains you. Do not take more than you need. Plan for the next harvest, like tying up the Camus flowers, so that next year, when the tribe traveled through that area, they would know where the bulbs, a food source, were.

We need to treasure what we have and bless it. We need to remember that the populace keeps the corporations going, not the other way around. The public keeps the medical personal in jobs. They know it, and we know it, but somehow, we are intimidated by the big guys. (Money, bluster, and degrees does not a master make.)

We run the cogs we think are running us.

We aren’t powerless. We are powerful.

We are worth saving. 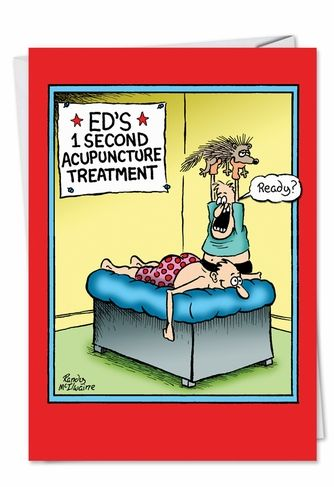