Make Do and Make Better

”In the dew of little things the heart finds its morning and is refreshed.” 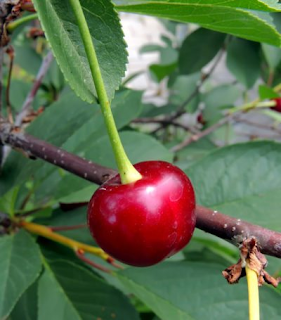 Ah yes, I remember it well.


My parents had a cherry orchard in Oregon, it was not a big farm, only a few acres of cherries, along with a couple acres of peaches and apricots. Most summers, I was sent to pick. (Cherries are too small to fill up a box fast. Peaches have a fuzz that sticks on moist skin and collects in the creases of the elbows. Peaches must be handled carefully as they are delicate, but are big and so are fast to pick. We had Elberta peaches that my dad said were the best, and I agree with him, for I have never tasted a better peach. Now Elbertas are hard or impossible to find. Apricots are just right to pick, as my mom thinned the green ones so the ripe ones were as large as a small peach, and they have no fuzz.)

I was not a good picker—but did make a little spending money. Other kids picked too, neighbors I presume, but we liked throwing cherries at each other more than picking. One summer, we let someone else do the cherry picking.  My parents hired migratory workers.

And I played with the Cherry Picker’s kids. The family was as nice as they could be, and one day, I don’t remember how many kids they had, three sounds about right, we were playing in an old pickup truck that my folks inherited when they bought the property. The truck was away from the road, not one of those horrid wrecks we often see parked on farms, but hidden amongst some scrubby Oak trees. We kids climbed into the pickup, some in the bed, someone was in the passenger seat beside me. I was the oldest, and decided to see if the truck would start.

I was totally shocked. The trouble was, it had no breaks, and the truck rolled down the hill and into a tree. Nobody was hurt, it was a gentle roll, but the jolt of hitting a tree scared us and we beat feet out of there.

Probably that truck stayed pinned to that tree until it decomposed.

Most of the world’s people would not agree with that. “What if, you might ask, I break a leg, or get in an accident, and why in the world did we have a pandemic? Why did we lose our job? For heaven’s sake, people are living in tents under the freeway.”

I just completed The Four Winds, a novel by Kristin Hannah which featured the Dust bowl of the Texas panhandle. Dust states included Colorado, SW Kansas, the panhandle of Texas, Oklahoma, and NE New Mexico.) A newspaper in Oklahoma on April 14, 1935, a day dubbed as Black Sunday, stated that approximately three hundred thousand tons of Great Plains topsoil had flown into the air that day. More soil than had been dug up to build the Panama Canal. The dirt had fallen to the ground as far away as Washington DC—which was probably why it made the news.

People from the dust bowl lost their farms, the old folks and children died of dust pneumonia, their animals filled up with dirt, and starved. Formerly rich wheat farms died, farmers were starved out.  Many of those former flourishing farmers moved to California where they became riff-raft and presumed to bring disease. Many sold their soul to the Company Store. Dumb me, I’d heard of selling your soul to the Company Store, but didn’t know what it meant.

Owners of large industrial farms would sometimes build cabins for a “lucky” few workers and their families. (For every one that got in there were hundreds waiting in line.) The farm owners would provide water, toilets and laundry facilities…and a store. The store’s prices were higher than any stores in town, but with no money, and no gas, how were the workers to get to another store? So, they bought on credit. This would theoretically be paid back after harvest…but not in cash, only by working for the owner. The trouble was, the people still needed food, and they couldn’t catch up as harvesting is only seasonal. They were enslaved.

Little by little we clean up the messes.

I don’t know where the migratory workers are now in their plight. I know they were looked down upon even in my day. “Cherry Pickers Kids,” they were called. These people who by the sweat of their brow provided fresh food for the rest of us.

Even in the face of threats and actual violence — be it from police or other unions, such as the Teamsters — Chavez never wavered from his commitment to passive resistance.

At the end of his first food fast — which ended in 1968 after 25 days — Chavez was too weak to speak, but a speech was read on his behalf:

“When we are really honest with ourselves, we must admit that our lives are all that really belongs to us. So, it is how we use our lives that determines what kind of men we are. It is my deepest belief that only by giving our lives do we find life. I am convinced that the truest act of courage, the strongest act of manliness, is to sacrifice ourselves for others in a totally non-violent struggle for justice. To be a man is to suffer for others. God help us be men.”

And then someone comes along and offers a solution, “We Can Make America Great Again,” and some get sucked in believing he was the man to do it.

Last night I watched the film, “Unfit, Is Donald Trump fit to be President of the United States? And it scared the pants off me.

Hate has popped up in our culture like I never knew was there, so I can’t say the world is as it ought to be, however, little by little we clean up the mess.

I have to praise the people who do champion the right to stay free, to govern ourselves, to speak their minds, and to try to do better.

I prefer not to be a protester, for I’m of the mind that the more we push against something, the more it pushes back, but taking to the streets, non-violently, does work, for it shows the world that people care and want to make a difference.

I wanted to champion the case of the little lady from the assistant living community, because she showed up on my trail, and I believe that she was, and still is, being mistreated.

You begin, you start doing what you have set out on your trail, and you fine tune as you go along, trying not to embarrass yourself as you do it.

I’m still alive, so I guess my mission on earth isn’t over. All along I have championed the idea of working on oneself. If everyone did that, the majority of the ills of the world would gradually soften their hold on our culture, and people would be happier.

Be kind to your fellow man—what a concept.

Do good to the earth.

Notice that however you were treated as a child–now much you were loved or not loved, isn’t who you are today. Accept yourself.

Think about how you can do tasks that will make you happy. Yep, as far as whistling while you work.

It’s okay for you to be happy in a suffering world. Suffering along with them doesn’t raise them up, as getting sick doesn’t help a sick person.

You are your own job.

How about finding that thing you said you wanted to be when you were a child?

Am I whistling Dixie?

“To damage the earth is to damage your children.” 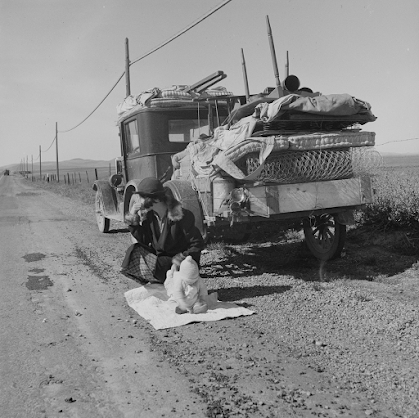 Email ThisBlogThis!Share to TwitterShare to FacebookShare to Pinterest
Labels: A Radical idea, Cesar Chavez, Cherry picking, Clean up the Mess, Dust Bowl, Oklahoma, What if