Words, Words All over the Place 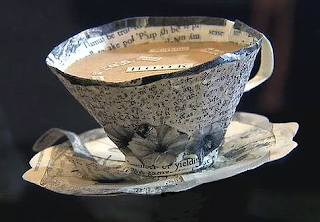 Whoops, I dropped some into my coffee.

Have you ever had someone ask you a question, and you tried to answer, but about two sentences in, their attention wandered off, and you were left feeling that you were the stupidest person on the planet?

You think, well, I’m not emoting enough. I should be more dramatic. I don’t have the right words. I’m boring.

No! The person is self-centered.

Last night my daughter told me of such an experience she had with an elderly lady. I reassured her that while it might be excusable with an old person, it’s not justifiable with someone will all their facilities. My daughter is a precise person and not overly talkative.

I’ve had such an experience, and that was after I had listened to them tell the same story about five times.

Although I fear for my words on paper sometimes, for I want my writing to be fun or exciting, or informative, and know they can fall short. Still, I keep keeping on.

You keep on keeping on, too—whatever your calling is.

Keep doing it, for you’ll get better with the doing of it. That’s what practice does for a person.

If a pianist kept practicing the same piece with the same errors repeatedly, he would perfect it with mistakes. I suspect soon, he would think it sounded good with the mistakes.

I recently read about conversation. Few people correctly judge when a conversation should end. You know sometimes you are rolling, and you are sorry you had to end the visit. You are often wondering how to end a phone call or, say, at a dinner party. You like them. You’ve just run dry.

It’s a tricky business being a human being.

Sometimes you want to ask a person about a particular belief system, and they open up and bombard you with more information than you wanted to know. Or want to beat you up with their belief system.

It makes us leery about asking. Still, you want to know what they think and why they think the way they do.

I remember reading about ancient Egypt. According to one source, they were quite allowing when a new person wandered into the village. They would ask, “Who’s your god?”

They felt there was room for many and genuinely accepted another person’s point of view. They didn’t have to embrace it as their own, but it was interesting to them what the other person thought.

For a chuckle check out the pics on my Pinterest site, the board is, “The Art of Animal Stacking."