I’m Counting on You Guys 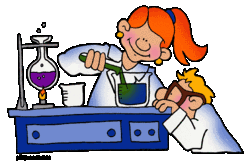 Are people reading such things as this?

“Science and the War on Truth and the Corona Virus.”

I am a scientist and this is my brief on what the world needs to know about science and COVID-19. Science is a method of truth-telling about the physical world and ways to improve quality of life. It is the most powerful enterprise that has led to improved healthcare, a more sustainable environment, a safer world, and a better “knowing and understanding” about the world we live in. Science is fun and spectacular. And it has rarely let us down, until now.

This is a superb article by Geoffrey P. Dobson*

This scientist went for it.

“Unlike bacteria that can thrive almost anywhere, a virus needs a living animal's cellular machinery for its replication and survival.

“Understanding how a virus has evolved the “tricks” to enter the body “undetected” is not fully understood.”

For example: If the COVID19 virus enters our bodies, why do some people die horrific deaths, while others have flu-like symptoms, and 20-50% become asymptomatic carriers? And why do some children, a few weeks after contracting COVID19, suffer a hyper-inflammatory attack and succumb to cardiovascular complications and toxic shock?

These are hard questions for science to answer.

Science begins with a question and often ends up with more questions.

You can understand why high-school and college students aren’t drawn to be biological research scientists when it is under-valued, underpaid, and frustrating. So, they go into high tech instead, and make better computers—heavens, a computer doesn’t keep mutating on you. (Maybe smart computers do. Yipes.)

Hail to the hardy souls who attempt to wade into the muddy waters of biological research.

Many scientists, universities and research institutions are in “survival mode” because of cut-backs.

Hopefully, the current pandemic will drive home to politicians and lawmakers the societal role of a university, and that the current funding schemes are not working.

My husband lost his job because he was the end guy who adjusted extremely sophisticated and customized microscopes for PhD candidates doing research in Universities. They weren’t ordering because the University was either closed or simply didn’t have the money.

This nature of science with its questions and more questions is often used to attack the process in the media, which sends mixed messages to the public and politicians.”

Keep the people stirred-up, off kilter, and unable to make sense of the information presented and you have controllable people. I was shocked last night while watching the movie Mark Felt who was “Deep Throat,” second in command in the FBI, and investigator regarding the Nixon-Watergate break-in, that he said virtually the same thing.

Think of it, we are all presented with information, and as the aborigines of old who looked at the world and came up with different models regarding how it worked, we come to different conclusions.

Once the people of Mesopotamia looked at reeds growing in the water. They thought that once a reed was woven into a hat, it had certain magical powers. If it was used as a pen it had other powers.

Weren’t we surprised that when people reduced their driving and the air cleared? And it appeared that last spring sang abundantly with plant growth, and wildlife.  The people in India can now see the snow-capped peaks of the Himalayas for the first time in decades.

Now we look at the world, too, and form opinions. Of course, we tend to look at data that supports our established view, and thus that view becomes driven into our psyche. It becomes so strong that sometimes we want to beat the other guy over the head with our view, and disrespect his.

I don’t know why this is so. We need Socretes to guide us. Oh yes, they poisoned him for polluting the minds of the young.  Whoops.

I remember when I was a young mother hearing that when babies cry and get their needs met, they are taught that the world is a friendly place. When a baby is left to cry, they get the message that the world is a dangerous place, and they can ask and ask, and nobody cares.

Dobson asked Nobel Laureate Sir John Cornforth in 1993 wrote: “I think it is possible that our posterity 2000 years on might say something like this:

“These people had the first opportunity to secure the earth’s future and they squandered it. That might have been expected. They were imprisoned by the past and did not live long enough to break free.”

We have to believe in humanity.

I’m counting on you guys.

“When a resolute young fellow steps up to the great bully, the world, and takes him boldly by the beard, he is often surprised to find it comes off in his hand, and that it was only tied on to scare away the timid adventurers.” --Ralph Waldo Emerson