My daughter has asked me repeatedly about the negative energy we felt on the Big Island of Hawaii. What was it?

Some might have been coming from us; we acknowledged that,  for we felt traumatized by the move, but there was more.

We knew something uncomfortable was coming from the Island that we could not explain.

We called it negative energy.

I even tried meditating in our back five acres one day to see if I could get some understanding. You meditate with your eyes closed right? So I sat down, and a minute later, I said, “Nope,” and left. That was not the place to do it.

Last night while reading Steven Pressfield’s book Turning Pro, I got a hit, something that related to our Island experience.

Pressfield had a chance to travel to Africa. One of his stops was at a Masai camp so far from civilization that they had to fly there.

When they got to the camp, a great commotion was happening. Their guides explained to Pressfield that the Shaman had told the people that the site they had just chosen was “unwholesome” and that they had to move.

The camp consisted of about five hundred people, young, old, children, plus all their livestock, so moving was no small feat.

The moving procession had to be led by the white cows, and they were scattered about, so the warriors set out to round them up. The women had to pack up all the household belongings. All this required sweat and sacrifice.

Yet, no one complained.

When the whole camp was packed, the warriors, those tall, slim morans, were jumping up and down and singing their ritual song. The young maidens sang the chorus.

About two hundred yards up the hill.

Pressfield began to wonder what invisible evil could be warded off by moving the camp. Did this make sense? And he admitted that he felt better after the move. Would something had befallen the tribe had they stayed? Would a young bride have miscarried?

These people had a brilliant culture, their dress, their rituals, their social organization. The young men, strong and beautiful could stand up to lions single handed, with only a spear.

Pressfield concluded that they must be doing something right.

He wished he had his own Shaman. He said he would have breakfast with him every day and do what he said.

Or better yet, he wished he was a Shaman.

I wished, as did Pressfield that I had a personal Shaman to guide me, but I know that one of the lessons of life is to trust and follow your own intuition, your own guidance system.

And that perhaps we do have a Shaman. It lives inside of us and speaks in a small voice. 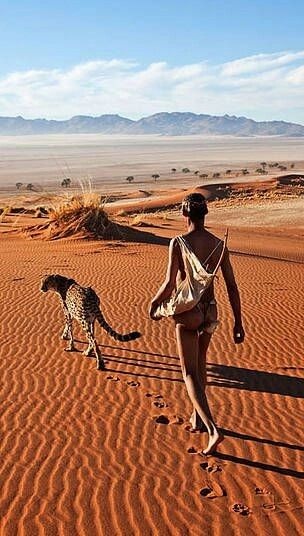