If as John Muir said, "Of all the paths we take, make one dirt," does sand count? See The Oregon Coast in the next issue. 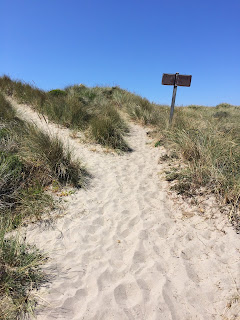 Many moons ago—moons?--that is moons times 12 ago,  I walked into freshman Biology class plunked myself down beside a kid that didn’t take notes but got A’s anyway (Don’t you hate those people? No, envy.), I set a notebook on my desk, and wrote on the top of my page the words the professor shouted: “THIS IS THE STUDY OF LIFE!”

I want to know about life.

You know how an enthusiastic teacher can motivate you.

This man loved his subject, and I loved it too.

The trouble was that after studying, Kingdom, Class, Order, Genus, species, oh, biologists like to name things—I found that while physical life was spread out before me, there was not much about ethereal life.

The big questions couldn’t be categorized, labeled, pigeonholed, or even addressed in a satisfactory manner. I suppose it is rather like the question put to Alfred Kinsey, the sex study doctor, who, when asked why he didn’t include love into his equation answered, “Because it is not measurable.”

To me, the really interesting questions are ones not measurable.

Apologies to my biology professor, but life is not something in which we can achieve a degree. Life is something we all have, all think about, and all have trouble understanding.

That puts us all on an equal playing field.

Which brings me to my question of why we are so separate from each other?

Why do we fear strangers? Why do we demonize certain segments of our population?

Yes, they look different, act different, have different beliefs. There must be something wrong with them.

Well now, we can explain that evolutionarily.

Think of zebras, deer and other preyed upon animals; all look alike. The odd one gets singled out of the herd. He catches the eye of the predator. Whoops, old Ralph—the Zebra with brown stripes instead of black ones--is gone.

We are like that too. Different is singled out.

Remember when the TV show Star Trek burst upon the scene?

The Enterprise was populated with all manner of multiracial and multi-species humanoids. Spock, the hybrid Vulcan with pointie ears and little emotion, was loved. There was an Asian, a Black, a Scotsman, and on top of that all manner of aliens with faces that looked like they had been mashed into a mold.

I wondered at the time how that would change attitudes toward different races.

It took a while.

Think of the wild horse. To be ostracized from the herd is a death sentence. He would be free game for a mountain lion.

A horse will practically break his neck to get back into the herd--the safest place.

We, too, fear being ostracized, and thus we behave in a manner acceptable to the group.

For some native tribes being ostracized was the worst punishment, for alone in the wild, an alone person would surely die.

Thinking back to StarTrek, initially, it ran only for one year, and the network canceled it due to poor ratings.

Talk about an evolutionary come back. That was partly due to a writing campaign from the viewers and encouraged by the promoters.

I have one of those sitting on my desk.

It doesn’t beam me up though—not yet.

And Nasa named one of the Space Shuttles Enterprise.

We have come to a place where we are instrumental in our own evolution.

(Oh, and don’t give me any flack for using the word evolution—it means change  over time.)

Evolution is an emotion packed word, for to Creationists it means we came from monkeys.  You can believe we evolved from monkeys, God created us, or the Universe is a perpetual motion machine. It's all up for grabs. However, the idea of beating each other up over an ideology is ludicrous.

A wise man once told me this story: Have I told you this?

We are all princesses or princes under a frog suit. The frog suit has tears showing the princess beneath, and we try to cover up those holes, yet if we ripped off the frog suit it would reveal the true princess. 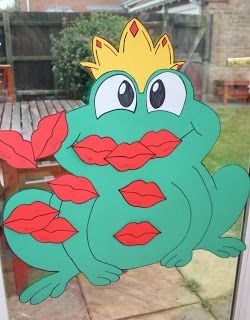 P.S. Oprah motivated me to begin another blog--not personally, of course, but in leafing through her magazine, I noticed how it was laid out on a page, many pictures, bold headings, change of fonts, ads of course. I have heard that large blocks of type scare people. There are articles in her magazine, but you really have to decide to read them. In that vein, I began another blog, one I could maneuver better than the ones I have.

Thank you ever so much. 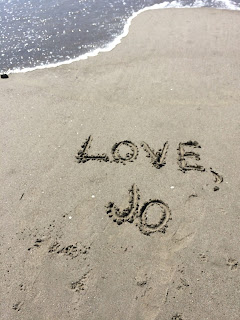