Shellfish and Strawberries? Who knew.

Rather makes me hungry.

I was going to wish you a Happy #Solstice today.

My husband and I were married on the summer Solstice, June 21. So I always thought the solstice hit on June 21.

This year it was June 20. The #Strawberry Moon coincided with the solstice yesterday. And here I was thinking it sounded so romantic, our anniversary, the solstice, the longest day of the year, an astrological event that hadn’t happened since 1967, and won’t again until 2062. We could have dinner on an outside patio and watch a pink moon rise over the horizon.

Not pink, you say?

Maybe it will be gold for it hangs low in the eastern sky—which, when I was growing up, we called a Harvest Moon. The Algonquin Native American tribes named this astrological event the Strawberry Moon because it occurs right at the height of the season when strawberries are harvested. It told them it was time to harvest ripe fruit.

Google tells me that the day after the solstice--that’s today--is great crabbing and shrimp harvesting time.

So today I fantasize about sitting outside on the day after the longest day of the year, watch the harvest moon rise, and eat crab and strawberries.

Sounds good to me.

On the last blog, I mentioned the Chinese Crested dog…the one my little Sweet Pea is turning into. Notice her hind legs? Not only are they naked, but she is a pinto. 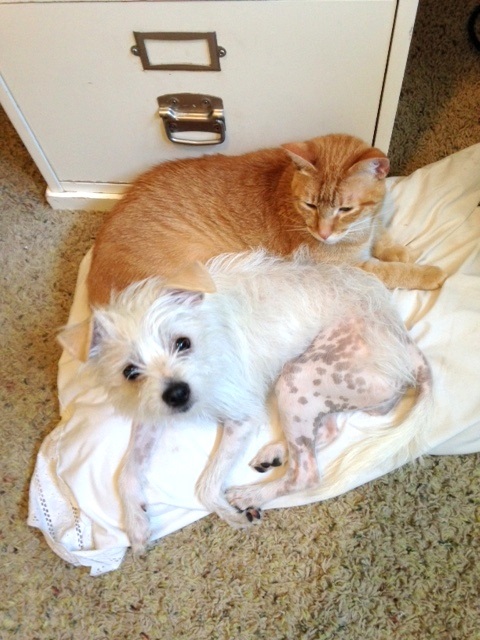 And then someone else took over... 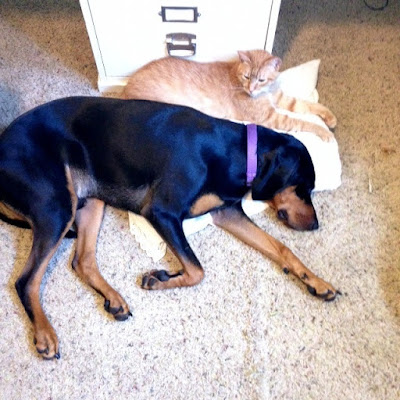 The evolution of animal stacking... 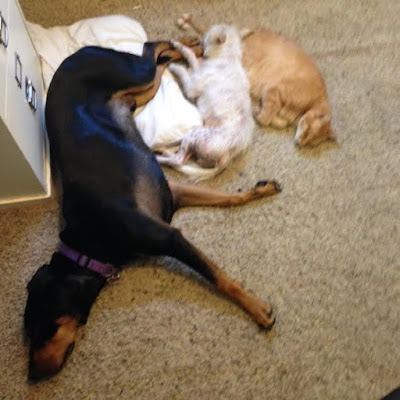