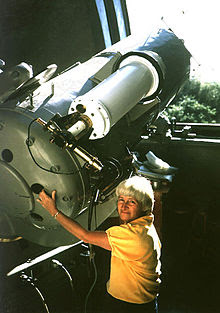 On June 30, 1908, at 7 a.m. a man was sitting on his porch when he was suddenly hurled from his chair and felt such heat that he thought his shirt was on fire.

“Suddenly in the north sky… the sky was split in two,’ he recounted, “and high above the forest, the whole northern part of the sky appeared covered with fire… At that moment, there was a bang in the sky and a mighty crash… The crash was followed by a noise like stones falling from the sky, or of guns firing. The earth trembled.”

All this was caused by a “#dirty ice ball” known as a comet. This occurred in a desolate area of #Turguska Siberia Russia. No causalities (of people) were reported, but it decimated over 770 acres, killed Reindeer, and sent a shock to Japan 5.0 on the rector scale.

Fifteen years earlier for the first time, humans saw the impact of two solar bodies. This was the Shoemaker Levi 9 comet plowing into Jupiter.
I had been trying to turn my husband into a Superhero by finding comets before they find us.  He has a long history of detecting things, and I thought comets would be a worthwhile cause. Of course, then we need to engage earth’s brilliant minds on how to get rid of them—drive them away, shoot them down, whatever it takes.

And then I find a superhero in the form of a little lady named Carolyn Shoemaker.

In 1913, she and David Levi had discovered a comet orbiting Jupiter. The following year the comet broke into a “string of pearls” and by gravitational pull was sucked into that humongous red planet named Jupiter. This impact was equivalent to 6 million megatons of TNT and was named after its finders Carolyn Shoemaker, and then an amateur astronomer, David Levi , thus the name, The Shoemaker Levi 9.

Jupiter, “The shining father,” is a giant protective magnet, a sentinel for the earth. For the Romans’ he was “King of the Gods,” and they replaced the name of the Greek god Zeus with the name Jupiter. Maybe they knew something it has taken us years to learn.
Jupiter is protecting us.

Jupiter because of its immense size draws flying objects into its mass, thus sweeping up debris that could seriously damage us.

Mrs. Shoemaker says that as a young girl she had little interest in science.  Yet she has discovered more comets than any other living soul. To date 32 comets, and  800 asteroids.

She said she at first considered Astronomy a field "relegated to only old men in white beards, smoking pipes, and staring at the sky." In the 1960s, there was still a "prevailing attitude in astronomy that women were used as computers for their attention to fine detail, not for theory."

Mr. Shoemaker was a cheerleader of other people's interests. In 1960, he encouraged his wife to fly and become a pilot because he knew she wanted to, as he could not due to health problems. In the late 1960s, at the age of 51, after years as homemaker and mother to their three children, Carolyn was faced with the empty-nest syndrome and wanted to do something fulfilling. She asked her husband for advice. He thought she might be good in astrological research.
In Australia, in 1997, the Shoemakers were involved in a car crash. Gene Shoemaker was instantly killed while Carolyn sustained severe injuries. She eventually recovered and continued her observation work becoming known as “The Comet Lady.”
Her awards have been: