The Lady and the Coon Hound 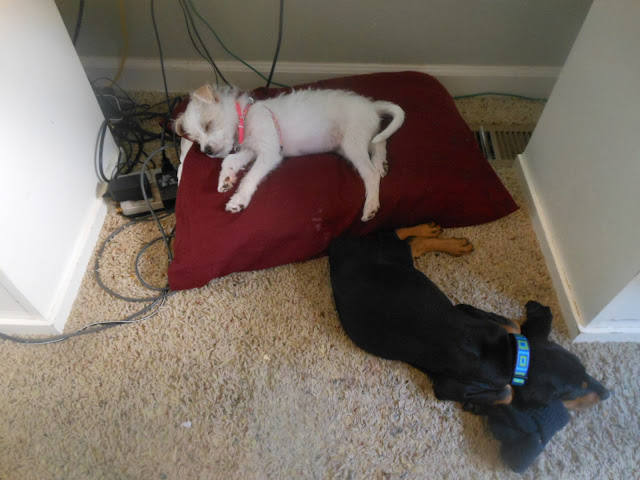 The view from my inside desk chair.


The view from my outside table  chair. 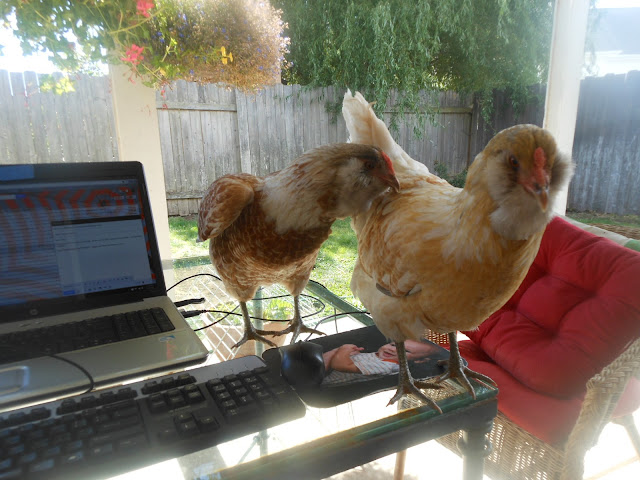 I got an email from a writer the other day talking about his new book, “I’m like a kid waiting on his little sister to get ready so he can go into town to get an ice cream.

“I am soooo anxious to see it in print I can barely contain myself.

“I worked on this book exclusively for two years.  I had nothing to talk about at social gatherings because I couldn't talk about my work until it was finished.

“All I thought about day and night for two years was The Presence. “
That was Tom Pauling speaking.

His first book #I am Rich Beyond My Wildest Dreams, I am , I am, I am, called me from a bookstore shelf in Shasta City on the 3rd of  July.  I liked it and thus signed up for future notices.

Well, I, too, have been working extensively on two books for two years.
And instead of feeling like a kid about to go for ice cream, I am scraping myself up from the floor. The centrifugal force from the potter’s wheel upon which I had placed the lump of clay that is me, threw me across the room where I landed with a Splat. It’s an emotional drop after completing a monumental task, yet knowing those two books, One Year on the Island and Song of Africa, are not completed. Both need to be edited, sold and marketed. Finding people who want to read them? Well, that’s another story.

I told a friend about Song of Africa, and she said she got goose bumps, a story for older people, a lesson in knowing that when we think life is winding down we find that the best is yet to come.

This is a story about finding love later in life. It is about seeing that life can be exuberant at any age.  There is an old adage that says, “When we start weaving the gods will provide the skein.” Miss Sara Rose proves that to be true. Her dream is to ride a river in Africa. After retiring, she goes on a quest to Africa in search of spiritual meaning, and the glitter she felt missing from her life. There she finds someone to articulate her soul’s search, and the love of her life.

I have spent such a long time with the people who populate this book that they are family, Sara Rose the spinster school teacher, her granddaughter, Patrice, a child of Africa who predominately shares this story. There are her best friends and a goddaughter in King’s Valley Kansas, her brother, the Cardiac Specialist, and family in Los Angeles, and the Peace Corp Volunteer who went to Africa fell in love with “the most beautiful woman in the world,” then wooed and won his father, Robert Deshane, from Los Angeles, to Africa.

Robert knew the moment Miss Sara Rose stepped aboard his dilapidated old river boat, The Rocinante, that he had drawn her to him.

There is an entire portion that involves a man named Clyde that I have left out.

For thirty years I didn’t know if Sara Rose lived or died in this book. Now I know.

Life events fell into place recently.
Within a couple months of each other, both our old dogs died, we got new puppies, (Peaches led me to mine, Bear to daughter's). I got my books to a reasonable place, and Little Boy Darling began school which means I can, on certain days, have wheels again. For two years Little Boy Darling and I spent time together and I wrote, Husband took the car, daughter took the truck, and I stayed home, a change for a person who doesn’t like to let moss grow under her feet. Now I can take husband to work, grandson to school and Viola’ Joyce has wheels.

And I ride herd on puppies. I love it. I’m not complaining. You know the drill with puppies: chew, romp, pee, poop, chew, sleep, play in the yard, chase the chickens, play in the house, sleep. Repeat.

Sweet Pea (mine, the white Mal-chi) is a Spit Fire, a wild child.  Lafayette, the Coon Hound's attitude is “whatever.” Sweet Pea will be much smaller, but right now at three months and Lafayette at two, they are pretty well matched.

Song of Africa is posted in its entirety on #Harlequin Wattpad until I believe October, then it will go bye bye, maybe before if it doesn't suit them.  Entire manuscripts are due September 21.

Vote if it strikes you to do so, and you can do it as often as you want, but only once daily.
https://www.wattpad.com/166395267-complete-manuscript-song-of-africa-part-3