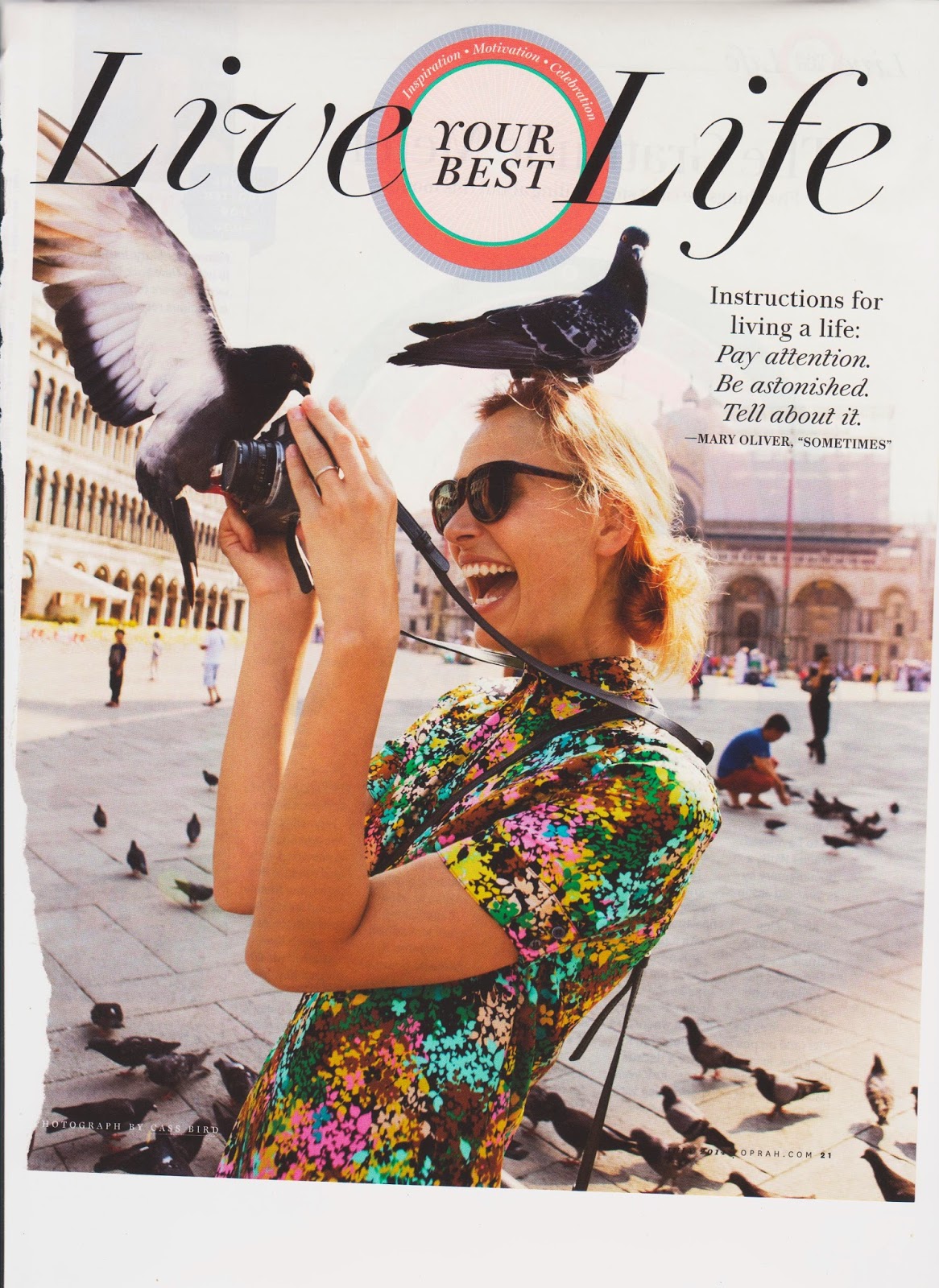 I opened #Oprah's magazine and stared at this page. The joyous girl with the pigeons totally entranced me. Then my eyes were riveted on the scene behind--St Marc's Square, Piazza San Marco Rome.

There are two reasons why St. Marc's Square so attracted my attention. First, long ago from Italy by slow post came an extra-large post card. The picture on the card was of a soldier dressed in uniform standing alone in St. Marc's Square, surrounded by pigeons. He was just standing there, looking toward the photographer, one hand held out, probably with food.

The soldier was my father.

He was one of the lucky ones--sent to Italy during the Second World War, and not to Germany. He arrived home whole and healthy.

Second, I have stood in that square surrounded by pigeons. While my two daughters browsed shops situated around the square, my friend, Marilyn, and I sat at a small cafe overlooking the square. As we were drinking alternatively iced tea and champagne--which in Italy is accompanied by potato chips, a fellow sitting at the next table leaned over and asked, "Do Americans always drink champagne and iced tea in the afternoon?"

After I had devoured the above picture, scrounged around in my past, I considered the title, "Live Your Best Life."

I am sure that's what we are doing here--visiting this page, investigating the elusive art of living—that is trying to Live our best life.

The pigeons seem to have mastered the good life for them, they go to a place where they are fed and appreciated, and look at the fun they were giving the photographer in Oprah's Magazine's page. They have enlivened her day, and as Henry David Thoreau said,  "To change the quality of the day is the highest of the arts."  I believe the pigeons are onto something.

Thank you for reading.