What Happens When a Love Affair is Over? 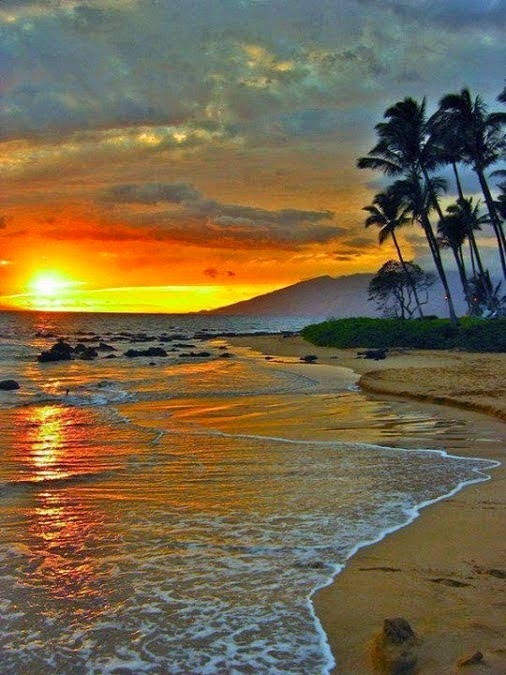 You sit numb and think of the candle light dinners, nights on the beach, days swimming at the Sheraton, snorkeling at #Waikoloa Beach. You remember #Waimea’s rolling hills high above the sea blanketed with such incredible green sparklers of tears sprang to your eyes. You remember the horses of #Waimea and the ride you took, and the sign at the #Panilo stable: Wranglers, you are perfect. Don’t change a thing.

You remember swimming in the bath-tub warm water at the Ponds and the little fishes that nibbled at your feet. You gave a lot to that relationship. You were committed, and then one day you realized you didn’t love her anymore. It was time to leave.

Pele, that great goddess of the volcano, jerked us around that last day, but we did it. We made it off the island, and like the pioneers of old, we moved to California.

Fascinating isn’t it how thoughts roll in like surf against lava rock? Here I am a couple of years off the island and I still can’t help but envy the way a good storm gets everyone’s attention. The storms of Hawaii rolled up against our house and onto the shore of my memory. I remember the rain pouring off the roof and splashing into the funnel that ferried it into the water tank of our catchment system.

We had been having drought conditions so water was a priority. The rains came at last, but we were losing half the water as it splashed out of the rain gutter into the funnel that was askew from its down pipe. That pipe carried the water underground and into the above ground storage tank. I wanted to catch every drop, so I climbed the ladder to straighten the catchment funnel. Warm water rained on me and splashed off the gutter wetting me comfortably to the skin.

Next I moved over to the second tank to make sure it was getting its fair share from the opposite side of the roof. The only trouble was my cell phone was in my bra, and it took the same dousing as I did. Its reaction? It refused to work.

Technology helper to the rescue. “Take the phone apart,” he said, “put it in a plastic bag along with some rice, and then leave it for twenty-four hours.”

The next day, we were good to go—or to talk. That phone worked perfectly until we moved to California where I bought a new one. Rather a shame after if served me so well.

So what happens when a love affair is over?